About the class:
.
“Cosmic Dance Kiko “class in Camden

Eitaro teaches a weekly Kiko class in Camden. Kiko is a traditional system of exercise from China. “Comic Dance Kiko” is revolutionary Qigong developed by Eitaro as a synthesis of his practice of traditional Qigong, Tai chi and Aikido. It is gentle and suitable for all ages to practice. Regular Qigong practice is good for maintaining your health. Eitaro has practiced qigong for 20 years.

Eitaro is a Japanese Acupuncture Practitioner working in London, with over 25 years experience in Acupuncture and Shiatsu.

He has worked in Toyko, Australia, The Gold Coast, and now in London, where he has been practicing for the past 15 years

Eitaro has trained in three systems of Japanese acupuncture – Toyhari, Skakujyu and New Yamamoto Scalp Acupuncture. Additionally, he is qualified in Yin Shiatsu and Zen Shiatsu. He is a member of the United Kingdom Toyahari Association and regularly attends training, seminars and workshops in UK,Europe and Japan. 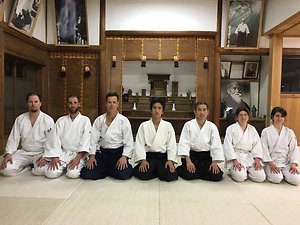